California needs a sustainable and affordable energy system that can deliver an all-renewable energy supply and manage that supply cost-effectively.

Instead of creating an interstate entity that may not be aligned with California’s renewable energy goals, we should build an energy system that provides the modern grid California will actually need going into the future — one that relies on coordinated local energy, modern grid operations, and balancing authorities to efficiently use the resources in our own backyard.

Regionalization is touted as a cost-saving effort that would bring renewable energy from across half the continent to California to even out the variability in energy production from renewables. But the call for regionalization ignores the tremendous progress that is already being made in utilizing clean local energy resources — an approach that provides a trifecta of economic, environmental and resilience benefits, while avoiding the high costs in both dollars and governance associated with regionalization.

Theoretically, if the California Independent System Operator (CAISO) obtained energy from outside of the state when in-state renewable energy resources weren’t producing enough to meet California’s demand, California could meet its needs more cheaply than it would by building a lot more renewable energy plants. In principle, variability in renewable energy generation can be offset when resources are integrated over a wide enough area, because “the wind is always blowing somewhere.” However, the real question is whether regionalization is the most effective or cost-efficient approach to resolving these issues.

In addition, without effective federal energy policy and emissions markets, regionalization could increase carbon emissions as existing renewables are dispatched from other states for California load, and coal plants in those states fill the gap. Meanwhile, investment in renewables projects in California would be suppressed, along with the associated jobs and revenues, as projects to serve California load are built out of state.

The economic risks are exacerbated by the fact that CAISO and California’s three big investor-owned utilities currently charge the same delivery fees for energy carried over hundreds of miles of expensive transmission lines as for energy delivered from down the street. This practice has already created distorted price signals that have led to inefficient markets, negatively impacted development and failed to contain the rapid rise in transmission costs. Using California ratepayer funds to subsidize energy imports and push development out of the state is not good policy.

Under some governance proposals for a Regional Transmission Operator (RTO), California could become subject to the influence of coal state officials or utilities. California, which represents half of the population of the Western Electricity Coordinating Council (WECC) area and over half of its economy, would have only a small fraction of the governance authority — placing California’s leading efforts at risk should they conflict with regional policies.

Distributed energy resources (DER) under a local balancing authority can meet these same needs more effectively — without the downside risks that regionalization would bring.

First, the volatility and increasing complexity of the grid is happening in large measure at the distribution end of the grid, not the transmission end. Therefore, it should be managed first at the distribution level. All loads are local, and while local DER can add complexity, they also allow loads to be locally managed and balanced, reducing volatility to the system overall.

Through a network of dedicated Distribution System Operators (DSOs) to manage collections of DER at the distribution level, aggregated DER, such as solar-plus-storage and demand response, would use complementary local technologies to balance local load and generation, providing a well-behaved load profile to the transmission grid at the transmission-distribution interface. Thus, rather than looking to an ever-larger central grid to provide control, a DSO-based energy system can manage load and generation locally to integrate complementary renewable technologies and optimize use of the resources already in place.

Second, using local power and local balancing would contain the ever-increasing costs associated with expanding transmission. In California, transmission costs have been increasing faster than inflation for decades, even as the cost of generation has fallen.

Today, delivery charges threaten to surpass the cost of generation as the major cost of energy. This trend is likely to continue as long as utilities and Community Choice Aggregators (CCAs) are incentivized to procure remote generation. If the full costs of delivery are included in energy procurement — by having transmission charges reflect the use of transmission infrastructure — DER can often provide energy more cheaply than remote generation, leading to overall cost savings for ratepayers.

Finally, DER deliver greater reliability, because robust local generation from multiple sources is less subject to impacts from the failures of one or two components. For example, during the recent Thomas Fire emergency in Southern California, many of the areas that maintained power did so with microgrids including solar and storage resources, as regional transmission lines failed to deliver energy.

Transitioning our grid to a fully renewable energy system will require a mix of approaches. The foundation needs to be laid first at the local level with DER managed by DSOs to make the transmission grid manageable. Some of this is already being done by the California Public Utilities Commission and local utilities. Only if it is determined that our needs will not met with cost-effective local and in-state resources should we consider the costly infrastructure and legal commitments required to import energy.

This approach will ensure we rely on out-of-state resources only as needed, rather than creating a new entity that looks first to ultra-remote power as a solution. This DSO-based system of grid management would not create a regional ISO, but would instead supplement the existing and successful Energy Imbalance Market (EIM) to incorporate a day-ahead market that would manage energy imports and exports for mutual benefit — but without the deeper entanglements with coal states that will endanger our clean energy economy.

Ultimately, California needs an energy system that meets our clean energy goals primarily with local generation and solutions. And one that looks to distant, expensive and potentially dirty energy only as a last resort. We should certainly use the transmission system we already have to help local balancing areas support one another, but we must consider all the costs and implications of increasing our reliance on distant resources and losing control of our energy future.

Doug Karpa is the policy director for Clean Coalition, a nonprofit organization with a mission to accelerate the transition to renewable energy and a modern grid.

He established Qamar Energy to meet the need for regionally-based v energy insight and investment. He is an expert on energy strategy and economics, described as “one of the energy world’s great minds”. he led major consulting assignments and for a variety of international oil companies on Los Angeles business development, integrated gas and power generation and renewable energy. German authored the ground-breaking study Sunrise in the Desert: Solar becomes commercially viable in MENA, on solar power competitiveness in the Gulf View all posts by germanjamison 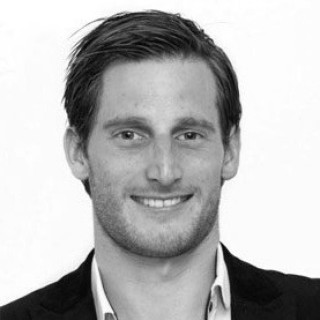 He established Qamar Energy to meet the need for regionally-based v energy insight and investment. He is an expert on energy strategy and economics, described as “one of the energy world’s great minds”. he led major consulting assignments and for a variety of international oil companies on Los Angeles business development, integrated gas and power generation and renewable energy. German authored the ground-breaking study Sunrise in the Desert: Solar becomes commercially viable in MENA, on solar power competitiveness in the Gulf